Hit enter to search or ESC to close
lab snippets

This week we learn about one of the protective mechanisms of dreams, the role of the gut/brain axis in the initiation and spread of Parkinson’s disease and that Nançay’s radiotelescope has confirmed the universality of free fall.

The brain selectively suppresses information from the outside world

This is the new result from scientists at the CNRS and the ENS-PSL in France and Monash University in Australia who have shown that the brain can suppresses information, such as the sound of a conversation, during the sleep phase linked to dreaming. Being able to do this seems to be one of the protective mechanisms of dreams. The study, carried out in collaboration with the Centre du Sommeil et de la Vigilance, Hôtel-Dieu, AP-HP – Université de Paris is reported in Current Biology.

New insights into the gut-brain axis in Parkinson’s disease

Recent research has shown that Parkinson’s disease may originate in the gut. Indeed, aggregates of the alpha-synuclein protein, which play a key role in the development of the disease, are found in the intestine. A new study by researchers in France and Spain on non-human primates has now revealed that alpha-synuclein-related pathologies can not only be transported from the intestine to the brain, but also from the brain to the intestine. The work opens new perspectives on our understanding of the role of the gut/brain axis in the initiation and spread of Parkinson’s disease, say the researchers.

Researchers from the Paris Observatory – PSL, CNRS and LPC2E (in Orléans) is reporting on the most accurate confirmation to date of one of the corner stones of Einstein’s theory of general relativity: the universality of free fall. The team analyzed the signals from pulsar PSR J0337+1715 recorded by the large radiotelescope of Nançay, located in the heart of Sologne.

QUOTE OF THE WEEK 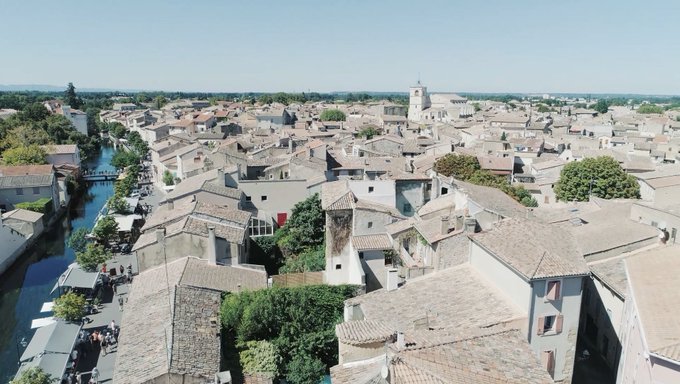 A nice photo of L’Isle-sur-la-Sorgue taken by a drone.

Let us know where you’d like to go this summer – and send us any other feedback on this post or on our website, which is always evolving – at contact@labnaut.com

Resistance mechanisms to brain tumour treatments, first asteroid population from outside our solar system and how we end up being « confined » on YouTube

Understanding the Sun’s eruptive activity, and where did the antimatter go?